After waking up this Sunday morning and seeing a blue sky outside, we quickly decided to go somehere nice, preferably the place where we have never been before... It was hard to choose a place since we have been nearly everywhere during our 5 years living here, but I managed to find out that apparently my hubby has never been to our local attraction called Grandmother and Grandfather rocks which are situated in the end of Lamai beach.

I  also had many people asking me about current conditions of Lamai beach, so it was win-win situation for both of us.

I was there once about 7 years ago when I was a tourist in Samui ( don't think anything has changed there much though :-) ....), but it was a very brief visit which didn't leave too many memories or photos, so today it was also like a first time for me... We were lucky - this morning was very bright with lots of sun, so we managed to get a few good shots there. When we were leaving, the sky started turning a bit grey, but it wasn't raining.

The legend goes that these rocks were created when a couple were travelling by boat with their son to his forthcoming wedding. The unfortunate family were caught in a violent storm off the coast of Koh Samui and their vessel capsized. Unable to swim, they drowned and magically became the rocks as a sign of their good intentions towards son's proposed bride and her family.

During the last few years a number of souvenir shops, stalls selling clothes, postcards, drinks and snacks including a must-try Thai coconut caramel sweets called 'galamae' ( couldn't resist that one today - too yummy!!!!!) , plus small restaurants, bars and car park have grown up around this site. There is a charge of 20 THB for parking but there is no charge for looking at the rocks. Beautiful nature around, stunning rocks, clear sea - go and enjoy! 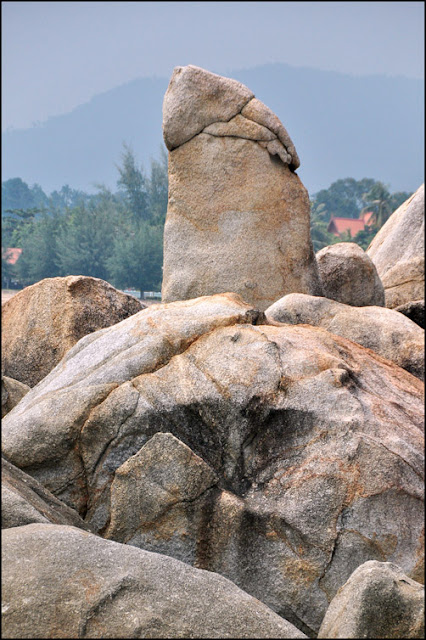 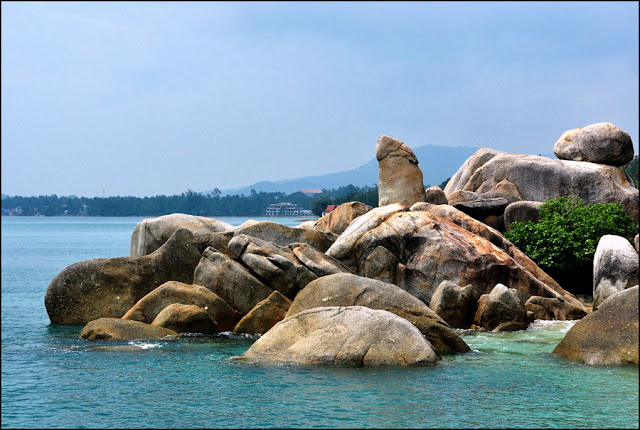 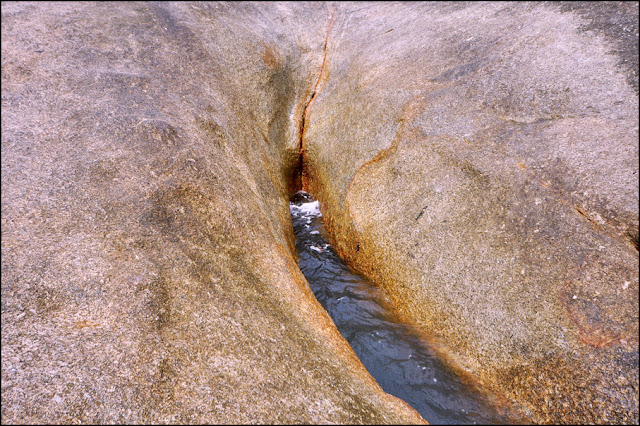 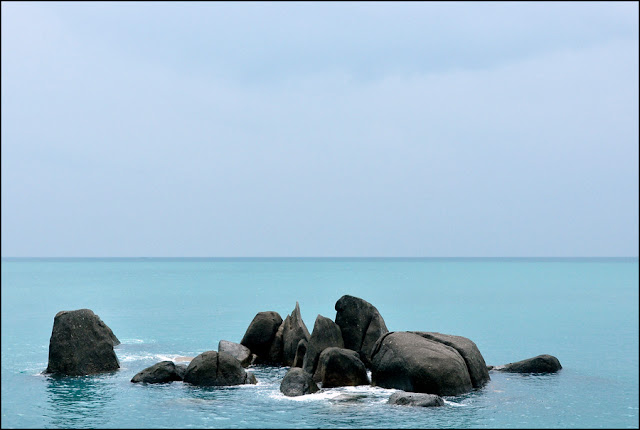 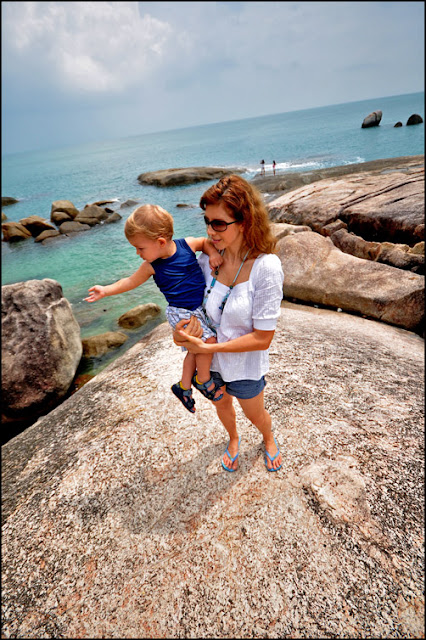 The beautiful nature around the rocks 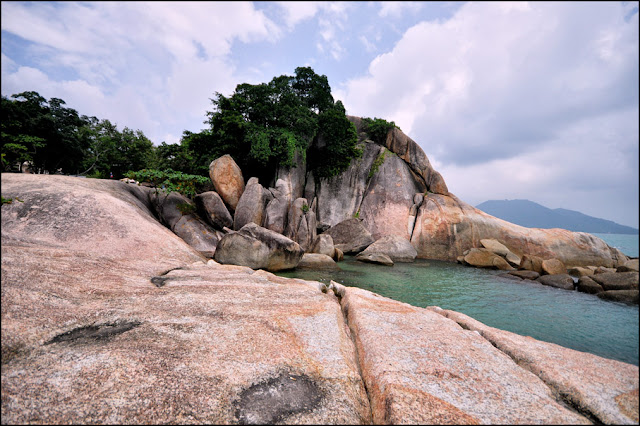 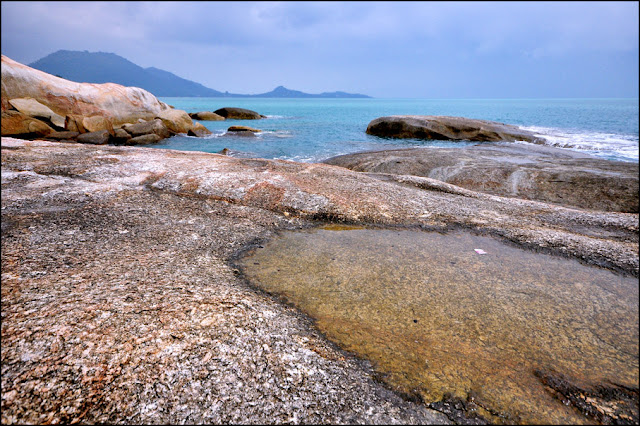 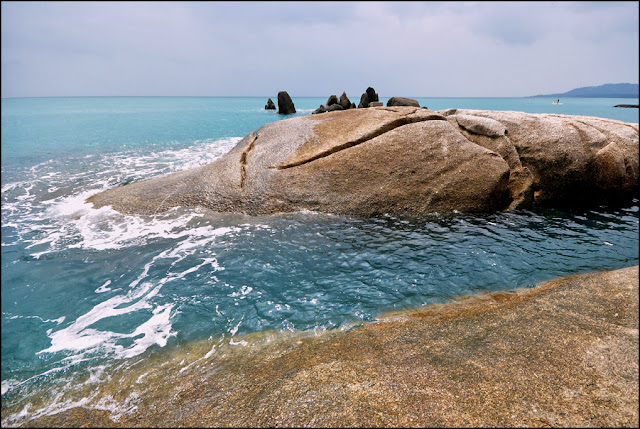 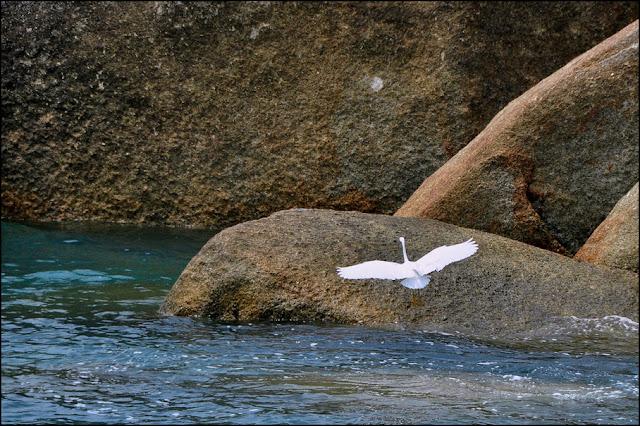 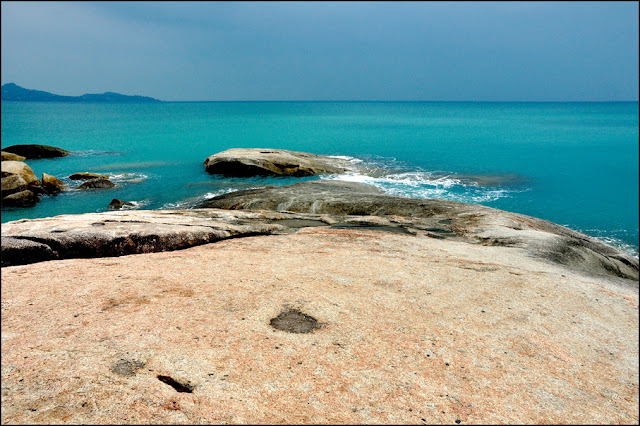 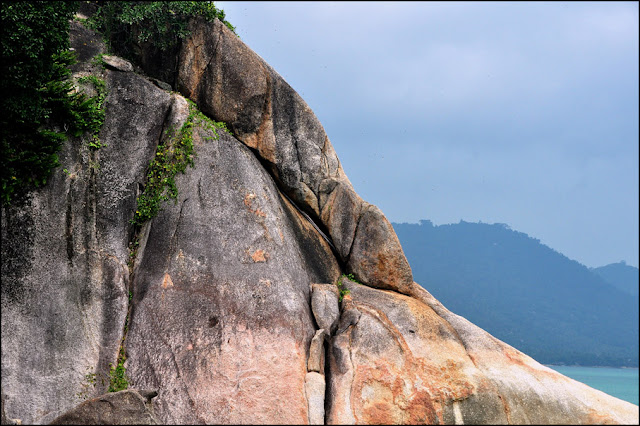 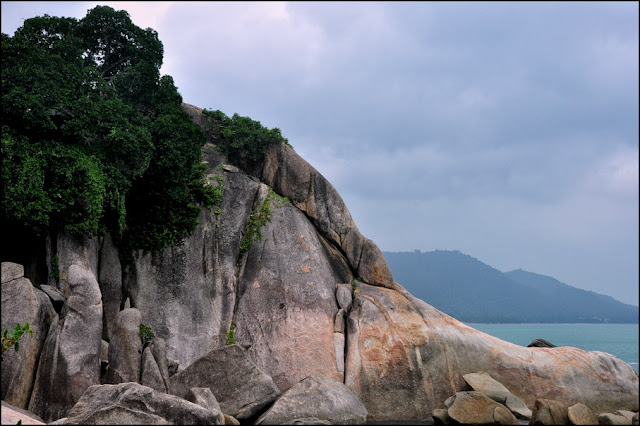 Hope you enjoyed! Thanks for looking!